A Short History Of Aboriginal Radio In Australia

Since then, Indigenous broadcasting has grown to include television and over 130 community radio stations. It has established its own unique position in the Australian communications sphere. In addition to community broadcasting, ABC (Australian Broadcasting Corporation) Radio began carrying Aboriginal and Islander broadcasts. The first was in Alice Springs in March 1981 and the service was extended to north Queensland in May 1983.

In 1989 TEABBA was set up to work with, and provide support for, the 30 BRACS communities in the Northern Territory. The network was set up to promote broadcasting from studios at the community level.

The TEABBA network is managed and operated by Aboriginal and Torres Strait Islander broadcasters. The network broadcasts in various languages and music styles, reflecting the diversity of its audience and coverage area.

The Central Australian Aboriginal Media Association (CAAMA) was established in 1980 by two Aboriginal people, John Macumba and Freda Glynn, and their associate Phillip Batty. Their goal was that Aboriginal voices be heard throughout the world and for Aboriginal people to take ownership and control of their own future through a strong, vibrant media centre. 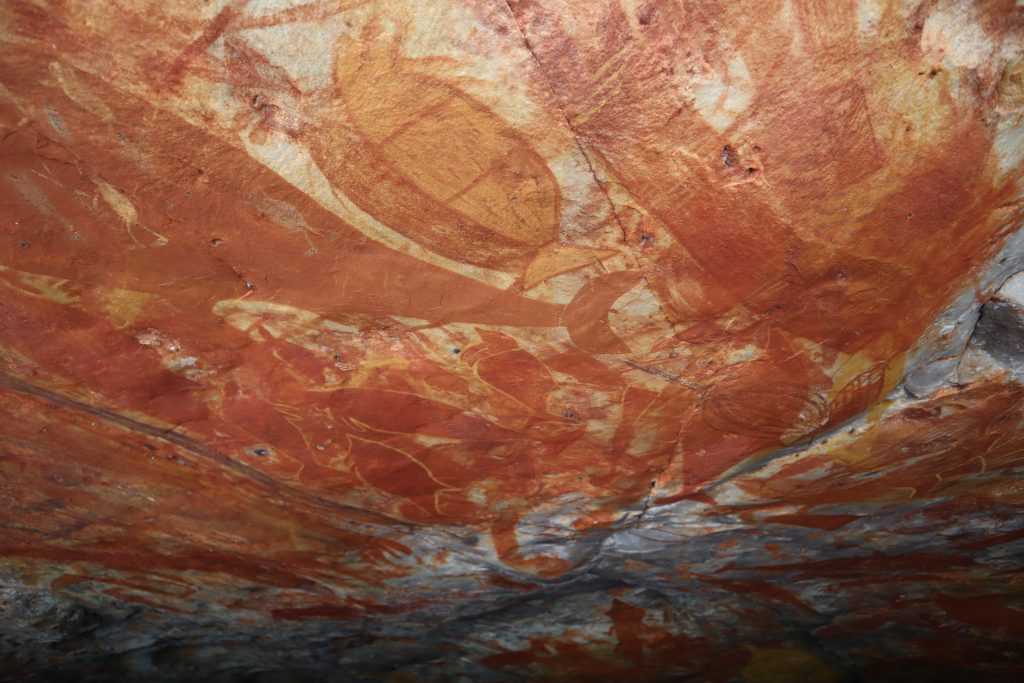 (Anindilyakwa: Ayangkidarrba meaning “island”) is the largest island in the Gulf of Carpentaria and the fourth largest island in Australia. It was named by the explorer Abel Tasman in 1644 and is Dutch for “Large Island” in archaic spelling.

Original inhabitants of Groote Eylandt are the Wanindilyakwa, an Aboriginal Australian people, who speak the Anindilyakwa language (also known as Amamalya Ayakwa). They consist of 14 clan groups which make up the two moieties on the island. The clans maintain their traditions and have strong ties with the people in the community of Numbulwar and on Bickerton Island.

There are four communities on Groote Eylandt. The mining company GEMCO established the township of Alyangula for its workers. The three main Aboriginal communities are Angurugu and Umbakumba, and Milyakburra on Bickerton Island. There are also a number of satellite stations on the island.

The Anindilyakwa Land Council (ALC) is one of four land councils in the Northern Territory. It is a representative body with statutory authority under the Aboriginal Land Rights (Northern Territory) Act 1976 and has responsibilities under the Native Title Act 1993 and the Pastoral Land Act 1992.

Visitors have been coming here for a long time, with Macassan and Bugis sailors first arriving in their boats some 400 years or more ago searching for ‘beche de mer’ (the sea cucumber or trepang), which was highly valued for trade with Southern China. The exact dates of when they first contacted the Groote Eylandt Indigenous clans and for roughly how long, is still being researched through archaeological and anthropological studies. The Aboriginal clans on the island gave these visitors license to dive for this delicacy and to camp on the beaches, with the Macassans often engaging the local people to work with them.

The Macassans brought with them culinary delights, including tamarinds, chilli, and beer which they often used to try and bargain with the locals for access to women. These incursions, in breach of strict laws, caused skirmishes and social issues, including the occasional abduction of women for their return journey home. It’s no surprise then those Indonesian historical records report a number of massacres by the Aboriginal people.

The interactions were not all bad; however, as the visitors did bring with them new maritime technologies which were subsequently taken up by the Aboriginal people, affording them the ability to travel and fish more successfully. Art, language, economies, and genetics on Groote Eylandt have all been influenced by several hundred years of contact.

Trade with the Macassans ceased abruptly in 1906 due to changes to Commonwealth Government laws regarding Australian waters and fishing rights.

​First contact with the later arriving Europeans is well-documented although slightly contentious. According to historical records, Willem van Coolsteerdt first sighted the island in 1623 aboard the Dutch ship Arnhem. In 1644, Abel Tasman, in the service of the Dutch East India Company, arrived on the island’s shores pronouncing it ‘Groote’ or great – meaning large. However, the prevalence of Mikado Josephs Disease on the island suggests that Portuguese visitors may have been among the first of the Europeans to arrive in approximately 1558, with alternative histories suggesting that 25 Portuguese settlers and merchants landed on Groote at this time.

It wasn’t until nearly 400 years later that the Anglican missionaries, under the auspices of the Church Missionary Society (‘CMS’) came bringing with them the Christian bible, food, and the promise of salvation. They arrived in 1921 and stayed until 1971, leaving many mission buildings in their wake, including a beautiful open-air church on the banks of the Angurugu River where the community of Angurugu now stands.